The evolution of the game

The current version of Super Slime Soccer is actually the 4th rewrite of the game.

I've lost the files for the games, so I can only share screenshots. If anybody has the game lying around somewhere, please contact me, I'd love to have them.

I think I was about 14 when I made the first version. I used to playtest it with my brother.

I found a screenshot of the first version: 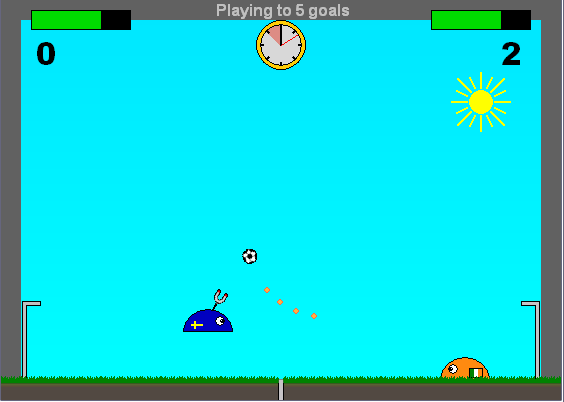 I had slimes belong to different nationalities in the first 3 versions for some reason.

The second version featured not only soccer, but also handball and basketball. I don't think I ever got around to implement tennis and volleyball though ;-) 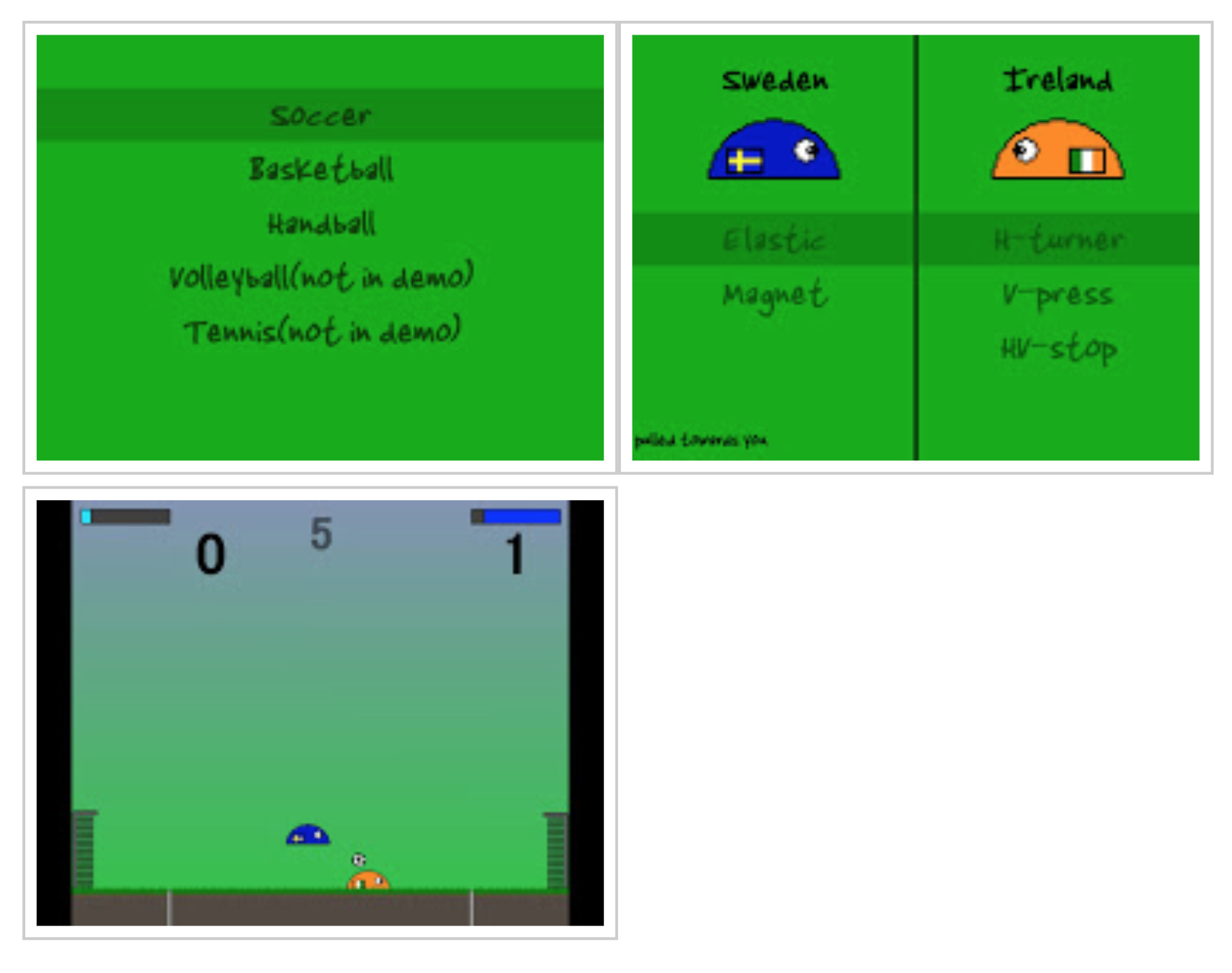 The slimes had multiple abilities in the third version.

I found a video of somebody playing it:

I think those goals look pretty nice actually, maybe I should add different kinds of goals to the current version?