Alan Tennent has created a spin-off of Super Slime Soccer!

I was contacted recently via email:

I've put you in the credits - I'm still working on the wording/spacing but this is roughly what it's going to look like: 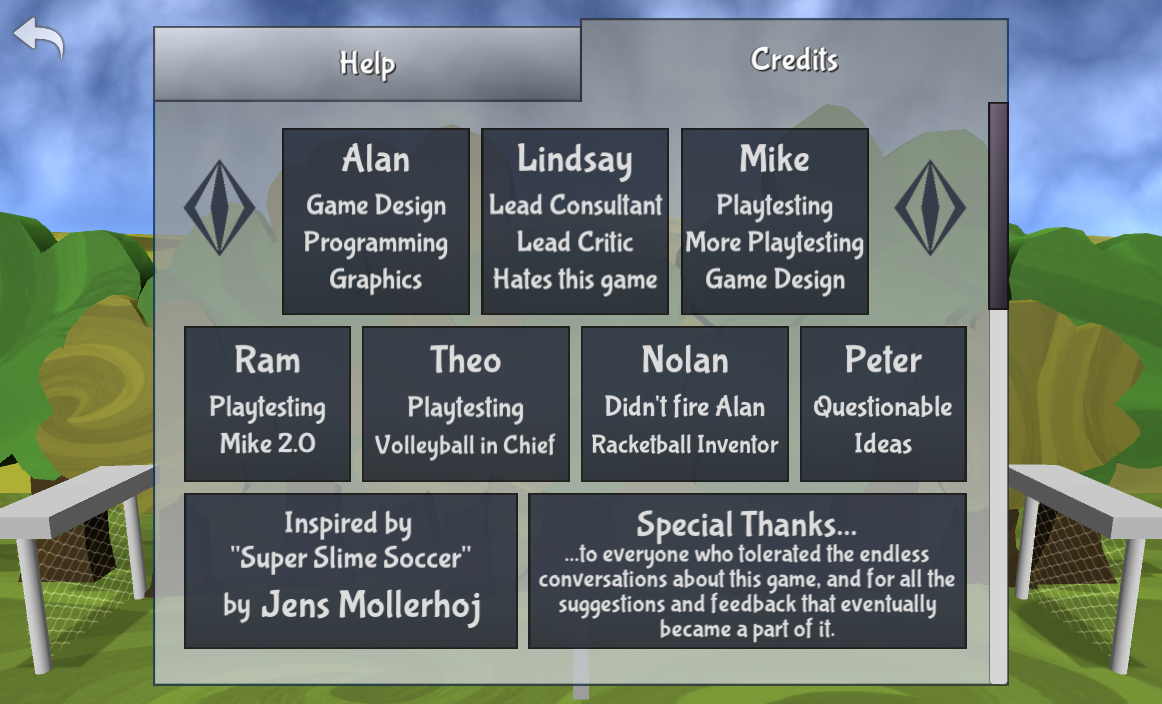 There's some more information and a trailer that shows some gameplay at www.dribblegames.com.

Anyways, I just wanted to make sure you're ok with your name being in a random game. I'll keep you up to date when the game releases and I'll make sure I send some Steam keys your way if you want to try it out.

I'm really excited to get my hands on the game, Alan was kind enough to send me some free codes for the game as well!

All I need now is a windows machine so I can actually install it ;-)

Check out www.dribblegames.com to play the game!